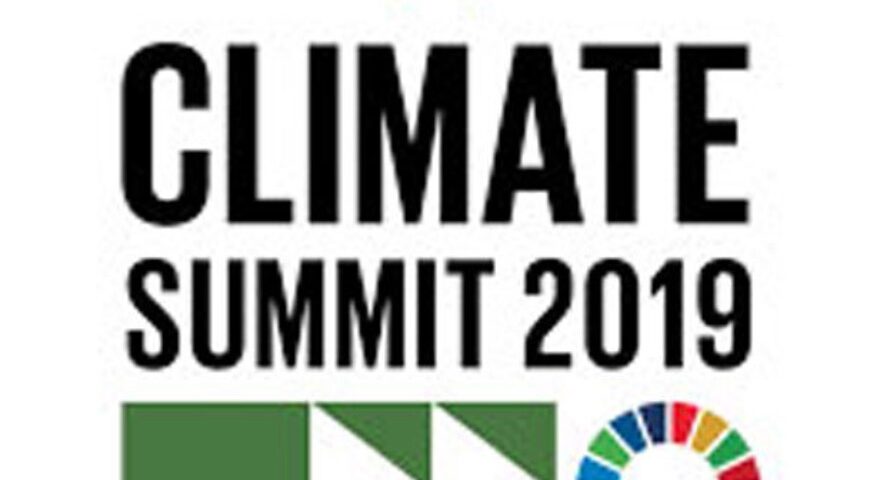 The UN Climate Action Summit is convening over  a three-day-period, September 21st – September 23rd.  UN Secretary-General Antonio Guterres said in advance of the summit that, “his generation has largely failed until now to preserve both justice in  the world and to preserve the planet.”  Representatives of about 60 countries have been invited to address the world body and some are expected to announce commitments to sharply reduce carbon emissions and help meet the goal of zero emissions by 2050. Guterres warned member countries not to come with empty promises to the Summit. “Don’t come with beautiful speeches, come with concrete plans for carbon neutrality by 2050,” Guterres said.  Greta Thunberg, 16-year-old climate activist from Sweden, who has helped galvanize the youth climate movement that organized protests on Saturday in 150 countries, stood next to Guterres. She announced, “we showed them we are united and young people are unstoppable.”

Notably absent from the list of countries invited to speak is U.S. President Trump, a climate change denier, whose administration has spent two-and-one-half years removing  fundamental environmental policies and protections. This included announcing  the U.S. withdrawal from the  2015 Paris Climate Accords,  ending the Clean Power Plan to reduce coal emissions and last week stating he will revoke California’s federal waiver to prevent it from setting its own stricter fuel mileage requirements. Thirteen other states have joined California’s fuel efficiency requirements that mandate average vehicle fleets of 54 miles per gallon by 2025. Trump announced a federal rollback of those fuel efficiency standards, requiring only 37 miles per gallon by 2025.  Also absent from the UN is Brazilian President,  Jair Bolsonaro, who has implemented an all-out attack on the environment, notably encouraging continued deforestation of the Amazon for cattle ranching and soybean farms.Many countries have fallen far short of their Nationally Determined Commitments, NDCs, made in Paris in 2015 to reduce greenhouse gas emissions.  Other countries have met their commitments but know that those made in Paris by the nations of the world, even if met, are not enough to prevent an increase in temperature “well below” 2  degrees Celsius and preferably below  of 1.5 C degrees.  At the Climate Action Summit, it is expected that some countries will announce plans to further reduce emissions to levels even lower than promised in Paris, so carbon neutrality can be achieved by 2050.